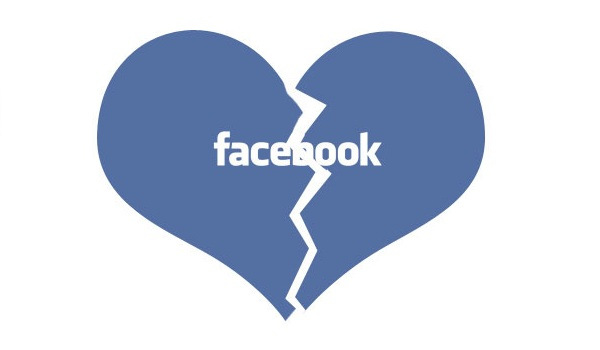 More and more we are hearing in the media about relationship problems that involve Facebook. In particular, it seems it is the end of a relationship where interactions can deteriorate on Facebook.

In my clinical practice, I am hearing about behaviours such as jealousy, spying, cyber-stalking, public shaming, open hostility and conflict being displayed on Facebook when a relationship ends.

The beginning and ending of relationships are often announced on Facebook. What was once in the personal domain is now becoming public. Information that once belonged to a family or a small community is now aired for anyone on the web to access.

The world of the web 2.0 is now facilitating behaviours in relationships that were previously not possible. Open networks such as Twitter and Facebook mean that it is now possible to follow and spy on your partner’s conversations, connections and monitor the activities of others.

While these behaviours are not engaged in by everyone, there are those that are more prone to jealousy and insecurity that will be tempted to monitor others.

Unhealthy behaviours that can occur at the end of a relationship on Facebook:

If you engage in any of the above behaviours, you may be at risk of damaging your past, present and future relationships, as well as your professional career.

What many people forget is that once a status update has been made, it is in the public domain and out of your control. There is now evidence that even if a post is deleted, that it is never deleted from the Facebook servers that constantly back-up all content.

Tips for navigating the end of a relationship on Facebook:

DO NOT END A RELATIONSHIP VIA A STATUS UPDATE

It may seem like the easy way out of a relationship, however, ending a relationship on Facebook is disrespectful and damaging to both parties. It is important to develop the skill of differentiation. This is the ability to regulate your own emotions in the face of anxiety, stress and emotional intensity. This is an important skill that couples need to develop to sustain long-term relationships.

I suggest you begin to develop your ‘differentiation muscle’ by ending relationships face-to-face. You will be conducting yourself with dignity as well as developing a crucial relationship skill.

AVOID DEFAMATORY REMARKS ABOUT AN EX-PARTNER

As I mentioned in a previous post on relationship break-down, imagine that whatever you write on Facebook has the potential to never go away. This means that even when you apply for that new job in 5 or 10 years, defamatory remarks can potentially be accessed by any future employer who searches for you. Once you put this on Facebook you have no control over the content, what happens to it and who may see it.

If you are feeling angry about the end of your relationship, seek solace with family, friends or the support of a professional relationship counsellor.

DO NOT SPY ON YOUR EX-PARTNER

Unfortunately, one of the downsides of Facebook is that it is very easy to spy and monitor others. Consider what will be the benefits of spying on your ex. Generally there are none.

Think about how you can end the relationship with poise and dignity and allow yourself the time you need to heal and recover.

Again, there are no positive outcomes from publicly fighting or shaming your ex via Facebook. Often the outcome is that you are looked upon more poorly by your friends as someone that is vindictive and spiteful. In airing your ‘dirty laundry’, you have turned a personal and private difficulty into a very public issue that may have the potential to come back and affect your reputation at another time.

Address your ex directly if you have an outstanding issue that needs to be resolved. If you are unable to do that, turn to your friends and family for support in coming to a closure that is workable for you.

CONDUCT THE END OF YOUR RELATIONSHIP WITH DIGNITY AND RESPECT

When a relationship ends, it is a painful time for both partners. It is often a huge loss and a time of deep personal hurts. It may be tempting to lash out and re-direct your hurt about your ex on Facebook. I encourage you to resist the temptation and to conduct yourself with dignity and respect.

While there may be a short-term gain of feeling better about lashing out at your ex, in the end, you are disrespecting yourself. You also have the potential to harm your own reputation with your friends, your workplace and within your community.