Fed-up With Being "Dumped": Relationship Counselling with Dan 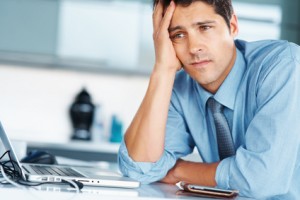 Dan entered relationship counselling in a despairing state. He had experienced many painful relationship break-ups and he was at his wits end. He didn’t know what was going wrong, but clearly something was not working in his relationships and he wanted to change these painful patterns. He was feeling hopeless and helpless and didn’t understand why partners always left him.

Through relationship counselling, we explored Dan’s style of relating and the patterns that unfolded in his relationships. We also looked at some of the experiences he had in his family of origin.

Dan's relationship past was a big block in his present

After a few relationship counselling sessions, what became clear is that Dan had experienced a very difficult childhood. He had grown up in an emotionally barren household. From a young age he was left to fend for himself and even care for his younger siblings. His parents were so busy working and trying to survive, that he was emotionally neglected.

Essentially, Dan had been a child performing the duties of an adult. Being one of five children, there wasn’t much love to go around, so Dan learned to be independent and solitary. He never developed the skills of intimacy and attachment that are so essential in a child’s development.

What we discovered together is that the adaptive patterns Dan had learnt in childhood were playing out in his present relationships. He took more than his share of responsibility in relationships and often became overbearing and controlling with his partners. He was also unable to set limits and constantly focussed on the well-being of his partner and neglected his own needs. He had not developed the skills of how to emotionally connect with his partner or how to regulate his own emotions.

He started to learn about his own relationship needs

Through our counselling work together, Dan developed some of the emotional skills that he had lacked. He learned how to connect with himself and regulate his emotions. He also became aware of how he put others needs ahead of his own, and began to build a solid sense of self-esteem and a positive self-image for the first time in his life. Part of the relationship counselling process also involved working through his childhood pain and trauma. Through grieving for the little boy who was neglected, he was able to connect with the parts of him that are resilient and begin to own his own strengths and feel empowered.

Dan's days of being dumped were over

Within 6 months, Dan began to date again and had made a new connection with a special person. 3 months after his therapy completed he rang me excitedly to tell me he was no longer single; he was engaged and would marry in the following year. He was confident that he had been able to change his painful relationship patterns and that this had allowed him to form a loving a nourishing relationship with a wonderful woman. He was excited about this new part of his life and felt like he was alive and happier than he had ever been. He had ended the pain and loneliness of being single and was ready to embark on new adventures with his life-partner. 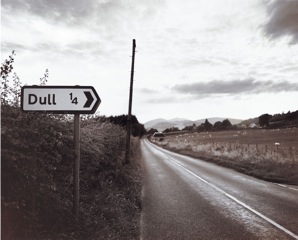 Dana and I commenced online relationship coaching because she wanted to work with me, but was living in a small country town where there were very few support services for her. She was struggling in her love life. She was in her mid 30s and had experienced a series of short-term relationships with men over the last decade, but none of them had developed into anything more substantial. She was feeling anxious and depressed about the possibility of meeting anyone significant.

What’s more, she now felt incredibly cynical about dating new men, and thought that she was putting off new suitors when she did go on new dates because the last four dates had gone nowhere. She wanted to understand what she was doing that was repelling men.

Discovering her blocks to intimacy

In our online work together, we realised that Dana had some big blocks about being in an intimate relationship that were rooted in her family of origin. Her mother and father had gone through a devastating divorce when she was 8 years old.

Her mum had turned her against her dad and sought solace in Dana when things were bad in the relationship with her husband. Dana had felt helpless and powerless to change her parent’s marriage and had internalised this distress. She had also developed a strong belief that marriage meant unhappiness and conflcit and as a result, had begun to sabotage her own relationships when anyone got close to her.

Throughout the course of our work together Dana made a lot of connections with why her relationships were not getting off the ground and how her negative beliefs were undermining her efforts to forma  long term relationship. Even though all this awareness was good,  it didn’t directly change her current predicament.

She needed to grieve for her hurt little girl It became apparent that there was a little 8-year old girl part of her that was still carrying the hurt and pain from her parents divorce. We needed to connect with that part of her and allow her to feel the grief and loss that was never expressed at the time.

Through a series of creative exercises and homework, Dana got in touch with her unfinished pain and grief from the past. She was able to express it fully and make sense of how she had been affected by her parents divorce. This was a powerful healing moment in our work together and allowed Dana to then make the shifts she needed in he life. It was no coincidence that soon after Dana had done work around her hurt and grief that things started to shift for her. Dana was feeling much more optimistic about her future and enthusiastic about meeting new people. Overall, she reported that she felt very positive about herself and she was much more present and engaged in her life.

What’s more, she was back on the dating scene and loving meeting new and interesting people. She told me her whole outlook had changed and that she had shaken her pervasive cynical and pessimistic attitude about relationships and men. In fact, she had 3 very interesting men all wanting to date her at one point and she had to spend some time deciding who she wanted to take things further with- what a dilemma!

When I made a follow-up call with Dana about 3 months after our last session, she reported that things were going very well. She was in a serious relationship with a man from her gym called Sean and she was feeling confident, secure and happy about the direction they were going in. Dana told me the most significant part of our work was when she had recognised she was still carrying the hurt and pain of her 8-year old. Her ability to reconnect with this old pain and move through it had given her the freedom to move out of her despair and start to design her life just as she wanted it. She told me that her life and her relationship were ‘delicious’!

Stuck in Conflict and Pain: Sally and Jake's Journey in Couples Counselling Sally and Jake arrived at my marriage counselling room in enormous emotional pain. Both were feeling completely hopeless and frustrated about the state of their marriage. They had been constantly fighting and withdrawing from each other.

They had been married for only 3 years, but their marriage had been heading downhill by the end of the second year. They were both strung out and knew they couldn’t keep fighting and withdrawing like this for much longer. They desperately wanted to find a way to stop their escalating fights and the cycles of shame and blame that they engaged in. Marriage counselling was their last chance to save the relationship.

Sally and Jake were carrying  baggage of unresolved relationship pain

Through our marriage counselling sessions, we discovered that each of them had experienced some painful situations that were unresolved in their childhoods and were being "triggered" in their relationship.

Sally had grown up in a household with a mother that raged and a father that was passive and absent with a serious gambling addiction. She had been terrified by these rages and adapted by withdrawing and feeling hopeless and helpless. She had felt totally abandoned and had come to the conclusion that she was not a worthy person.

Jake had grown up in a split household. His parents divorced after 15 years of a tumultuous and sometimes violent relationship. Jake often got in the middle of his parents fights and tried to mediate them, but to no avail. He had felt neglected and unlovable and often felt helpless when he could not help his parents.

They started to understand their destructive relationship patterns

Through marriage counselling, we identified the destructive cycles that were occurring between them. Sally’s withdrawing triggered Jake’s belief that he was unlovable and his defence to this was to get angry and attack. When Jake was angry with Sally, this triggered her belief that she was not worthy and she first withdrew, and then would return and explode back at Jake.

And so the patterns continued, all the while pushing them further apart from each other and eroding any intimacy they had left in their marriage.

In their couples counselling sessions, Sally and Jake were able to witness the pain that each other was carrying and begin to appreciate and understand the "emotional baggage" that they each brought to the relationship. This was a healing and connecting experience as they developed compassion and empathy for the experiences each of them had endured while growing up.

Through developing awareness of the familiar patterns they engaged in, couples counselling helped them interrupt their destructive cycles and de-escalate the frequent fights. They found productive and effective ways to communicate their wants and needs as a couple. They began to use their relationship to heal themselves and their painful histories.

Sally and Jake rediscover their love for one another

After 20 sessions of marriage counselling, Sally and Jake reported that their relationship was ‘better then ever.’ They had created a safe and trusting relationship and deepened their intimacy. Couples counselling helped them rediscover the love that had brought them together in the first place.They were now planning for the birth of their first child with a new sense of hope and optimism. Jake and Sally now had an exciting vision for their relationship and were feeling optimistic about their future as a couple.

(All depictions in client journeys are altered to protect client confidentiality, and may include an amalgam of different cases seen in actual clinical practice.)

Are you ready to move out of relationship pain?