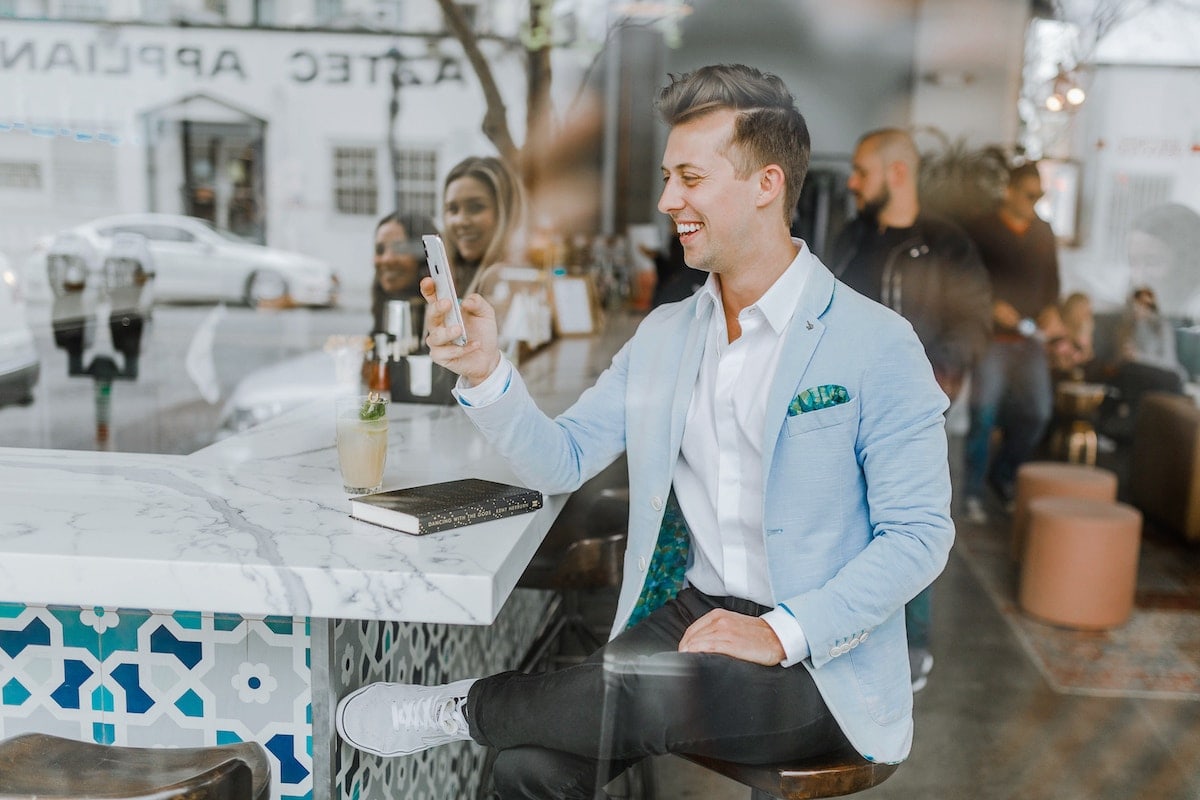 The internet and the smartphone have vastly changed how people meet. The number of heterosexual and same-sex couples who meet through online dating has increased significantly. In fact, online dating is the most common way heterosexual couples are meeting now.

A study from Stanford University, shows that the percentage of people who met their partner from friends of friends has dropped from 34% in 1990 to 20%. In conjunction with that, the rate of people who met via an online dating platform has increased by 17% since 2009, jumping from 22% to 39%.

The rise of online dating

When online dating first started, many people felt some shame and didn’t want to share with others they were doing it. That attitude and perception have changed. Online dating is now commonplace and any associated stigma has almost vanished.

Online dating is a channel that fits into the busy schedules of the 21st century. You can get to know a person online in your downtime between tasks before deciding to commit a large chunk of time to that person in a social situation. You can also arrange many different dates with different people in a week, all through the convenience of your smartphone or computer.

As people do more and more things in one day, life is becoming increasingly digitised to maximize the efficiency of tasks. Dating is just another facet of life that has become digital. This is not only applicable to the younger, tech-savvy generation. Online dating is reaching all age ranges from 20-60.

There is a misperception that online dating births meaningless relationships, but this is not true. People get out of these channels what they put in. If you’re looking for a long-term relationship, you’ll put the work in to find like-minded people and make your relationship work.

Although the initial interactions to a romantic relationship have changed with online dating, the face-to-face interactions we build with our dates or partners have remained the same. The steps to building intimacy and the foundations of our relationships are the same with online dating as with more traditional relationships, “the way we do things hasn’t really changed,” says Julia Carter, a senior lecturer of sociology at the University of West England.

The study revealed five other ways in which the way people meet, and relationship endurance has changed with this shift in technology.

“People are doing a lot more dating and experimenting before settling down,” according to professor of sociology Michael Rosenfeld, so fewer people are staying with their childhood sweetheart. People are also marrying at later ages now. This means people are collecting a more extensive range of life experiences before getting married and settling down. They’re exposed to more people, a wider dating pool, that people weren’t experiencing 30-50 years ago.

2. University romances are no longer lasting

University romances are not enduring, which had previously been the trend. Once upon a time, university provided the biggest dating pool people expected to be exposed to, so if you found someone in university, you stuck and made it work.

Now with the seemingly infinite options, online dating provides, the post-secondary dating pool is no longer considered the ‘end of the line’ in dating. People continue to look for partners past the college/university stage of life. This is extending the age at which people are choosing to settle down.

Workplace romances are less common now than they used to be, and there are many potential reasons for this shift. This trend spiked in the 70s and 80s and is likely correlated to the spike in women entering the workforce. When women started entering the workforce in large numbers, there weren’t rules and regulations around dating in the workplace.

Now, there are often regulations within an organisation to govern the nature of non-professional relationships in the workplace. Office romances are less acceptable now than they were 40 years ago. People have also realised how uncomfortable it can be to have to continue seeing a former partner every workday after a romantic relationship has ended.

Another possible significant factor in the decline of office romances is the societal shift in response to the #MeToo movement against sexual harassment and assault. Power and authority dynamics that are present in the workplace can be abused when the lines are blurred between a professional and personal relationship. A poorly defined relationship is neither appropriate nor healthy for a workplace romance.

People used to meet one another through friends of friends. Following the trend of digitisation, this social interaction has now been replaced by social media such as Facebook. However, the study found that people conduct online dating separately from their social media. So, despite still being an avenue to connect with new people in a digital world, friends of friends is no longer a common way to meet romantic partners.

5. Your neighbours are likely strangers

At one time, a neighbourhood was a community of people. Everyone knew each other and socialised together. This was a way to meet new people and build connections. Nowadays, people don’t even know their neighbours, which removes them as a group of potential people to date. You certainly can’t date someone you’ve never met.

Tips for making online dating work for you

Online dating is the primary way couples meet now, childhood sweethearts, university romances, office romances, meeting friends of friends, and meeting neighbours have all sharply declined as avenues people pursue to meet others. This has changed the way our relationships are initiated, but it hasn’t changed the way they grow or how we build partnerships.